Adafruit Trinket (AVR Tiny85 board) + 8 LED NeoPixel board.  Enough LEDs for a full control point, but only using 1 pin on the micro! 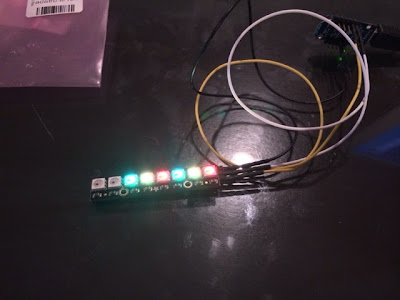 One of my N-Scale diversions is construction of a Free-moN module based on the Agnew on the former SP mainline here in San Jose. 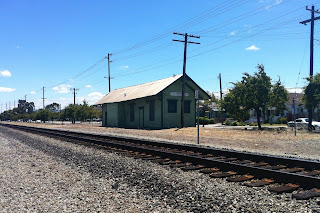 This was my first attempt at using a laser cutter, and boy do I appreciate kit suppliers.  Here are a few pics of my depot project. 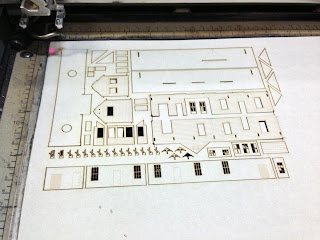 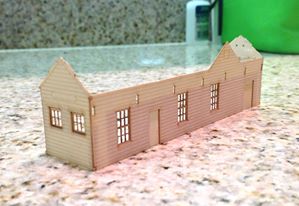 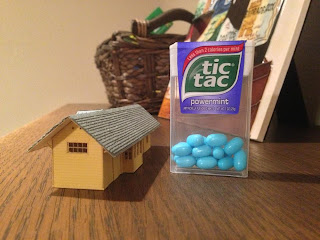 BTW: This is the FOURTH copy I built— and I'm still not happy ;-)

My friend John has started a new N-Scale layout based on the former SP running through the San Francisco Bay Area.

One evening, I was brainstorming with him on the layout plan, and pointed out he could actually add some visual interest to some of his lower level track, which had been previously designated as hidden track.  There was even plenty of space to add a few industries.

John and I discussed modeling the beet loader siding at CP Corporal just south of Gilroy, CA.  This made some sense, because John's staging represents Watsonville, San Luis Obispo, Los Angeles, and other points South.

John is a stickler for track details asked if I was willing to build him a single-point "derail" for the siding. Having nothing better to do in a lazy afternoon, I got out some code 55 rail, a FastTracks point form jig, some tools, and my trusty soldering iron.

Here is a picture of the prototype location: 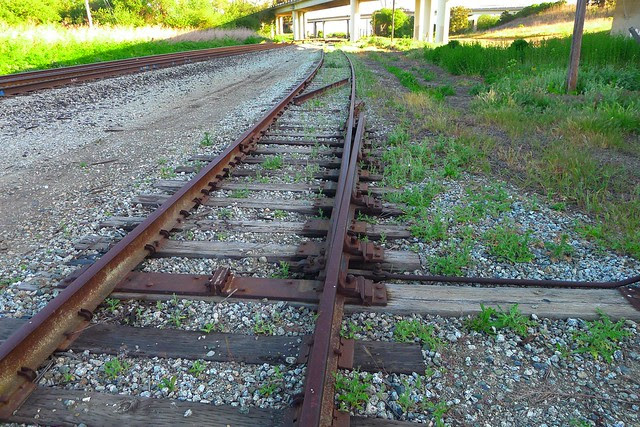 After a bit of munging, here was my first take at the derail.  I realized I ended up making the darn thing a bit too long, but I think is turning into a a fun little project:

The next steps will be to shorten that diverging rail and add a bit more details to the track. John's thinking of actually making this a functional feature that must be operated by crews.

IMHO, a static version might prove sufficient as many model railroad operators usually don't need help putting freight cars on the ground while working.
Posted by railnerd at 5:36 PM

Got a laugh out of this (via Sparkfun) 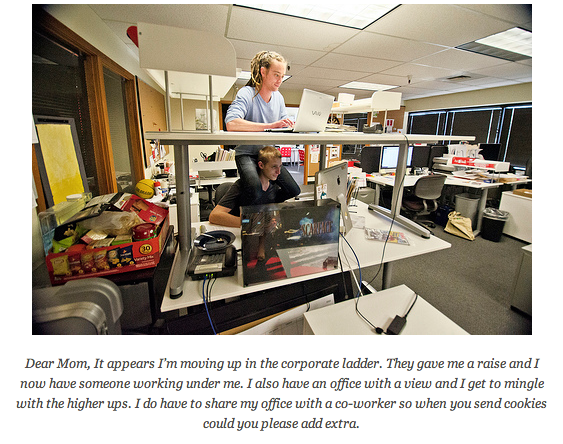 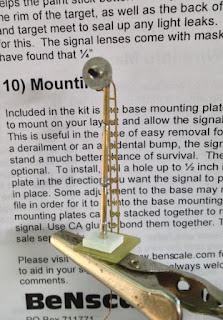 BeNScale Signal (the other side)

Forgot to include the most interesting side: 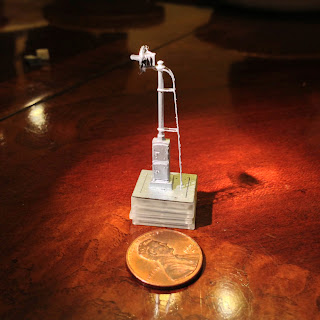 Got a chance to get a look at the new injection-molded equipment cabinets from BeNScale, here are a few pics. BTW, He's also doing HO Scale signals for the rest of you guys, too.  Look for updates on his web site and a new Facebook page, soon: 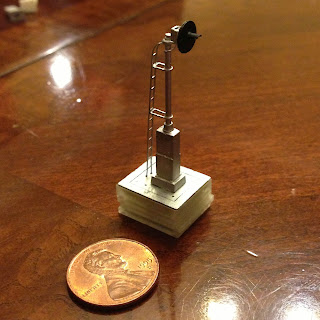 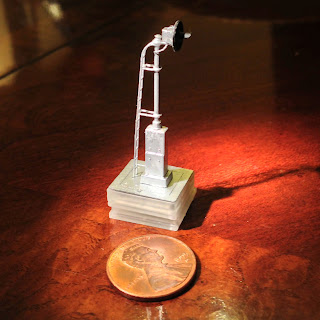