A productive modeler once told me: "Try to work on your railroad every day, even if it is only for a few minutes."

Taking that to heart, I decided to embark on the something I had been putting off for a few months: building the 3-way switch for the China Basin ferry dock.

I started with a set of paper FastTracks templates (http://www.handlaidtrack.com/Fast-Tracks-Printable-Track-Templates-s/11.htm), cut them up, and taped them together to get a reasonable looking three-way switch:

Using my Xuron flush cutters, files, and FastTracks PointForm/StockAid tools, I spent a few evenings cutting, filing, fitting, and soldering rails. I used Cloverhouse PCB tie strips (http://cloverhouse.com/Store/product_info.php?cPath=35_36&products_id=67) and MicroEngineering Code 40 Rail. I built from the middle rails to  the outer rails, which is the opposite of my usual build order. 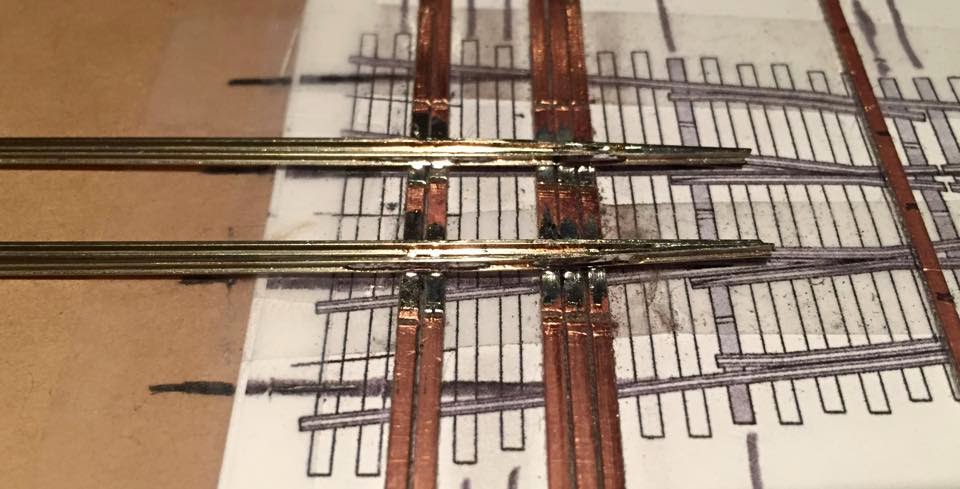 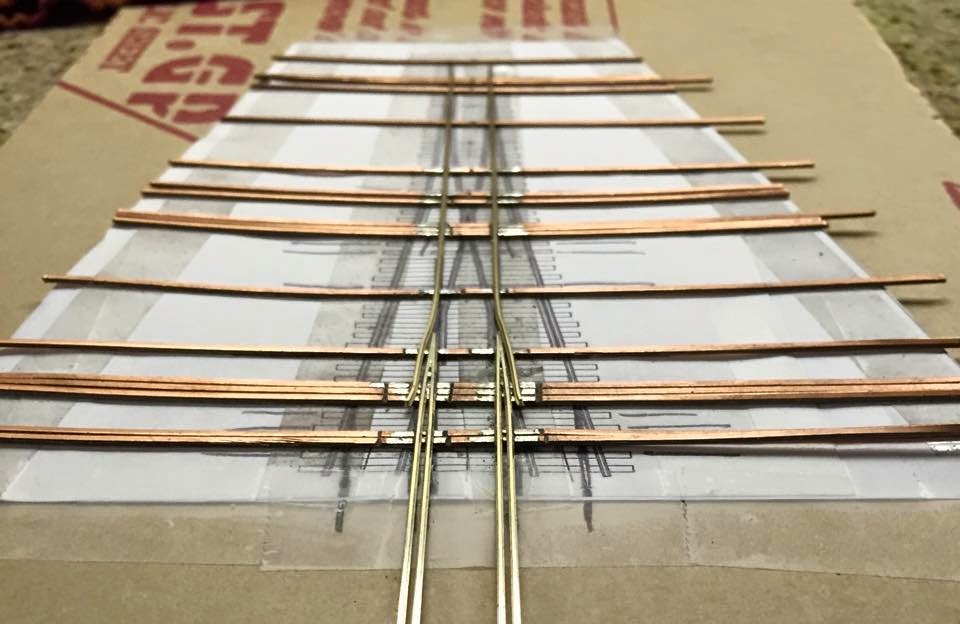 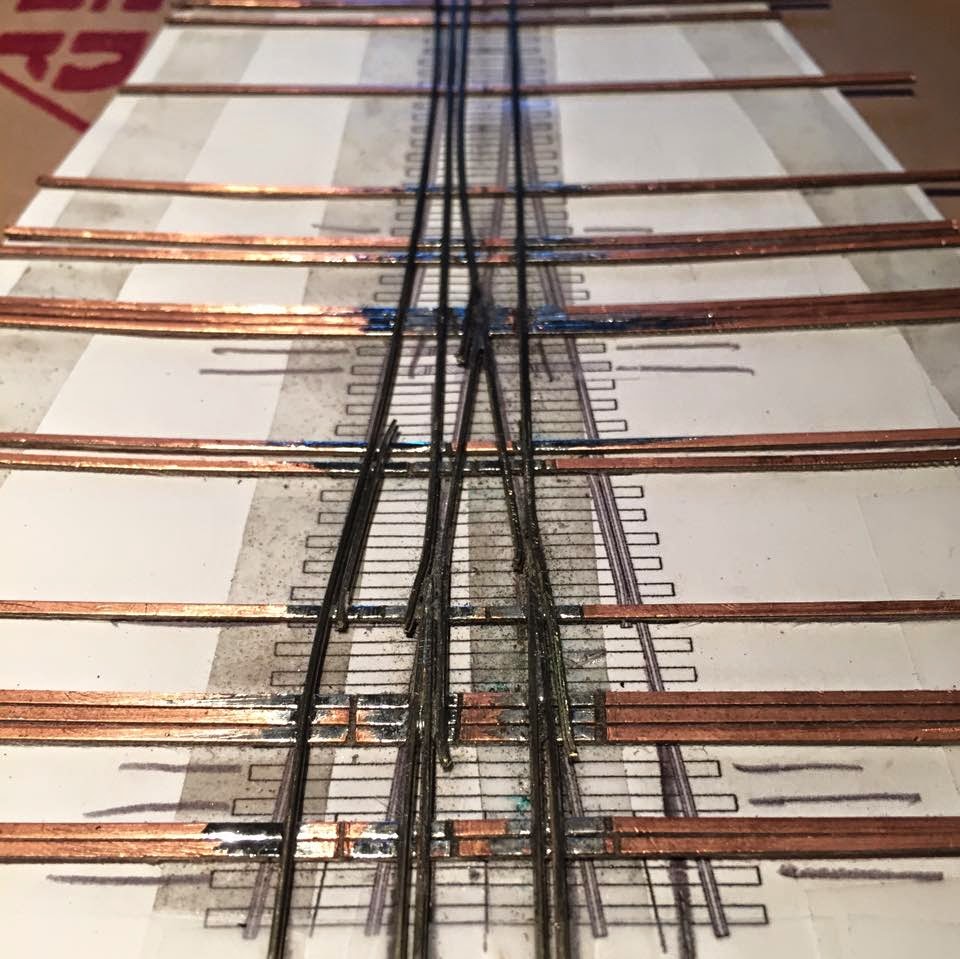 During the build process, it is critically important to check the turnout dimensions using an NMRA Standards gage. A piece of Rolling stock and/or truck is also very helpful.

After a few nights, I managed to get the rest of the rails in place: 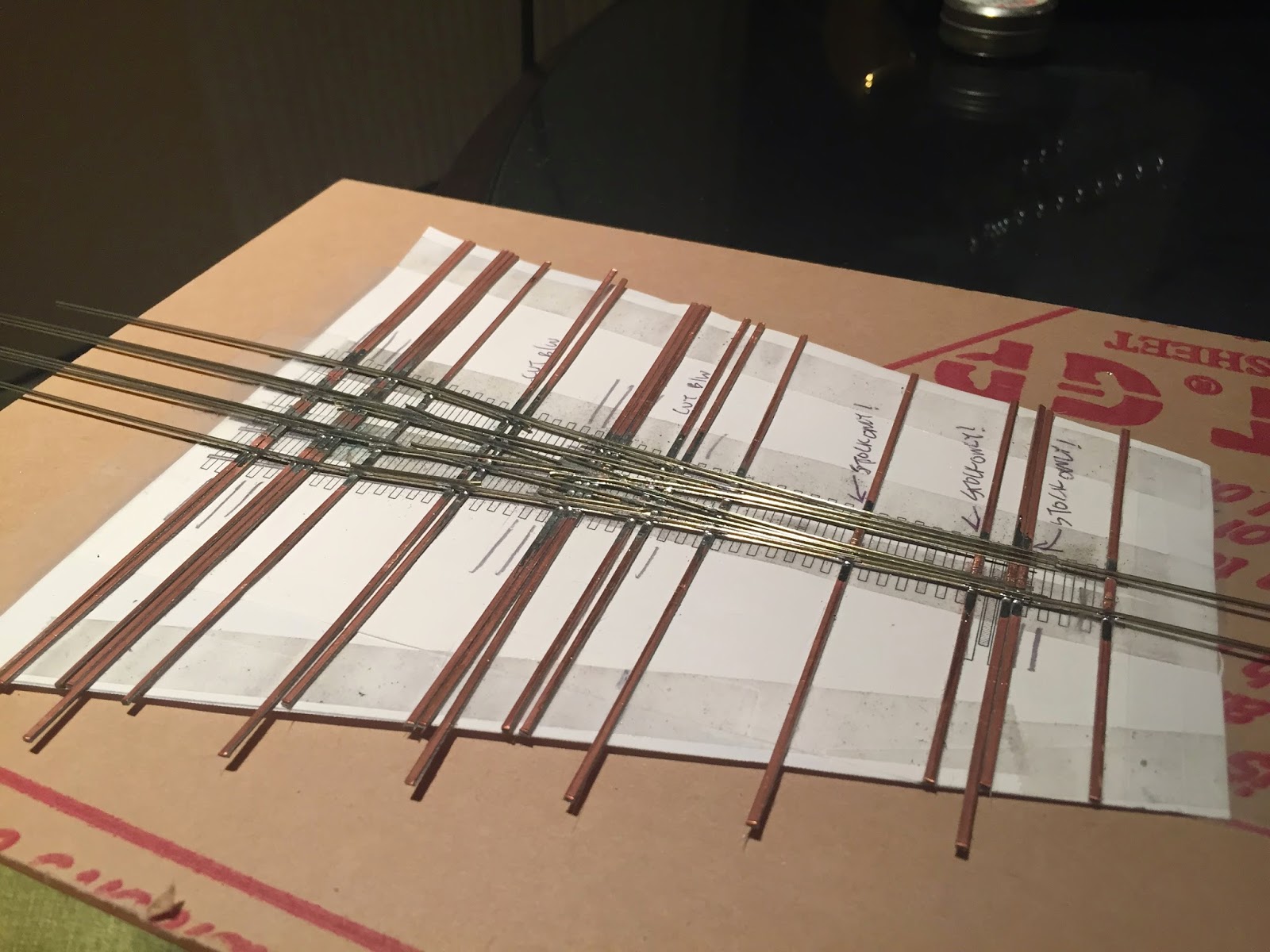 At this point, you are probably saying, "Why the 3#@k is he using such long PCB ties?"  Well, they say that a picture is often worth 1,000 words, so here you go: 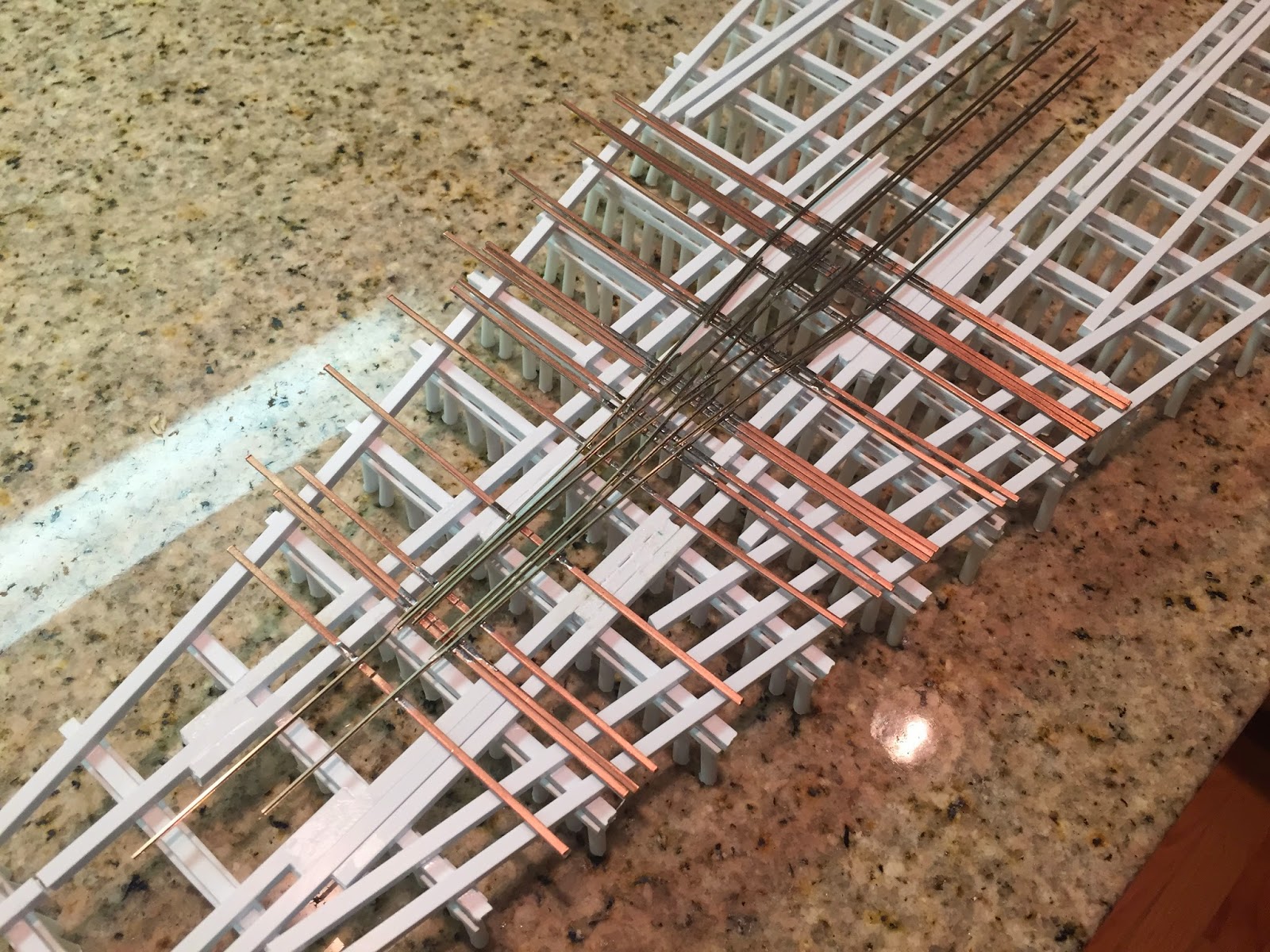 Next steps will be to get that nested set of points to throw properly... more on that soon.
Posted by railnerd at 11:06 PM