Had some time over the weekend to continue working on the American Can Company.

Picked yet another arrangement of walls, fabricated floors and the roof for the South end, and started painting the wall sections for the North end: 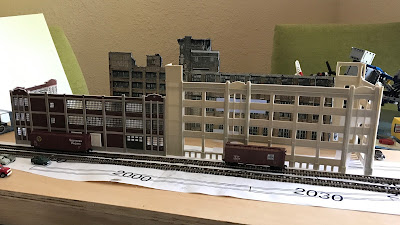 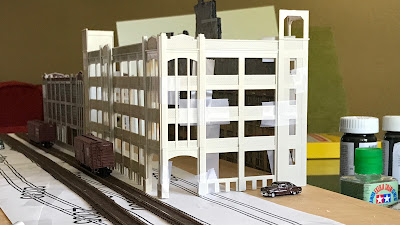 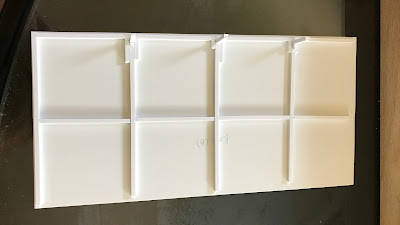 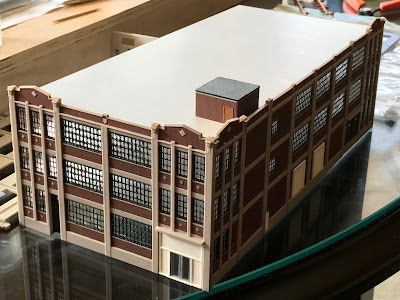 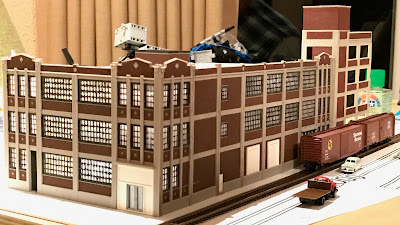 With work stress reaching new local maximums, it was time to switch gears back to the shelf layout. One of the big industries for the layout is the American Can Company, which featured a large operation on Illinois Street.  Here's a picture from the SF Public Library: 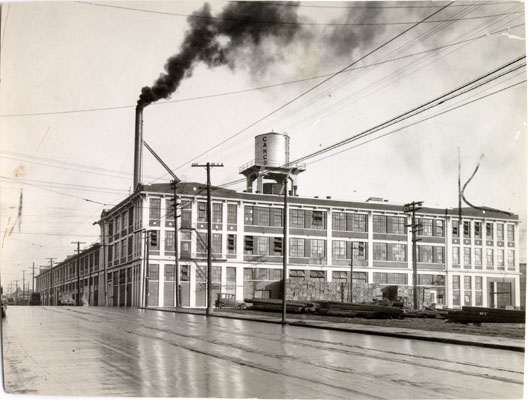 The building literally looks like it came out of the Walther's catalog, so after a trip to the "personal hobby shop," I dug out some older kits— and by older, I mean at least two 20+ year old kits still in boxes. 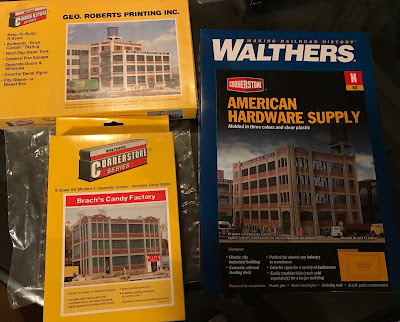 I spent some time mulling over options and decided that combining the "Brach's Candy Factory" along with the newer "American Hardware Supply" would do the trick. 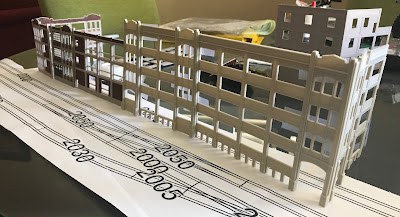 After some a bunch of cutting splicing, resorting to Sharpie markers for the mullions, and swearing, I ended up with this: 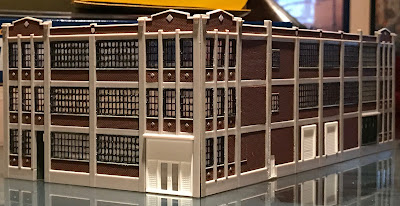