Patience is a Virtue

Spent another insanely hot day working on the pier end.  After the initial coat of paint was dry, I finally had a chance to add on the real wooden parts to the structure.  Formula 560 Canopy Glue turned out to be my weapon of choice, as it will adhere wood to plastic, dries fast, and dries clear. 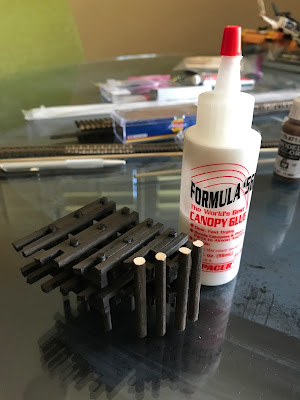 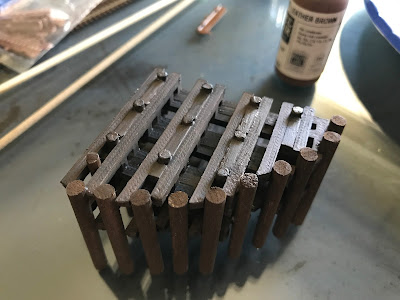 Once the large pilings were in, I shifted attention to wrapping the structure with the smaller pilings.  Several attempts were needed to wrap a painted plastic structure around the hulk to attach the outer pilings.  After lots of trial and error, including some ill advised attempts to use CA adhesive, I got things to work.  It turns out PRE-bending the plastic worked much better than attempting to bend while gluing. 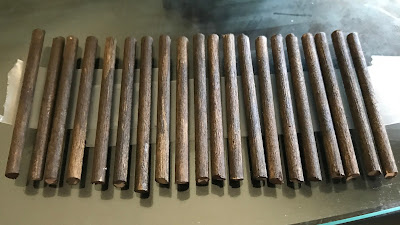 While the NASCAR Brickyard 400 race playing in the background, I methodically attached the outer piers one or two at a time. 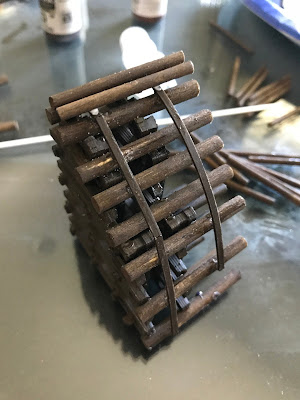 Around the time the race ended (it went to overtime) I was finished with this daunting task: 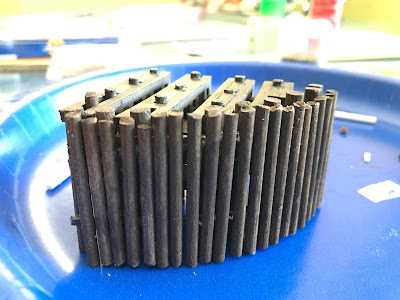 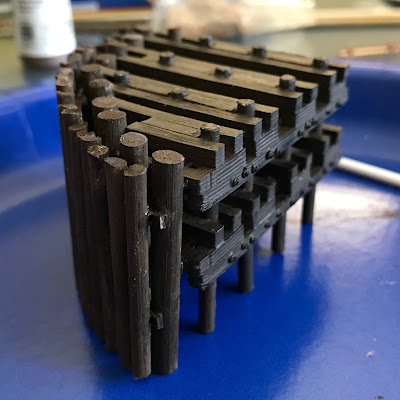 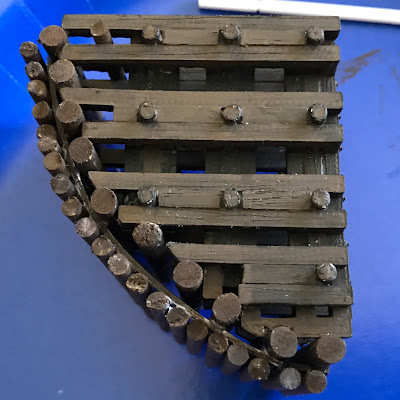 For some context, here's the assembly placed adjacent to the under construction ferry slip: 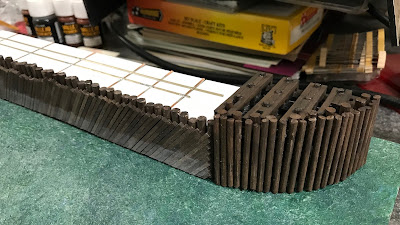 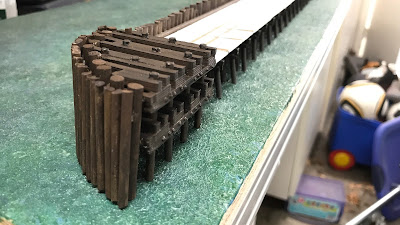